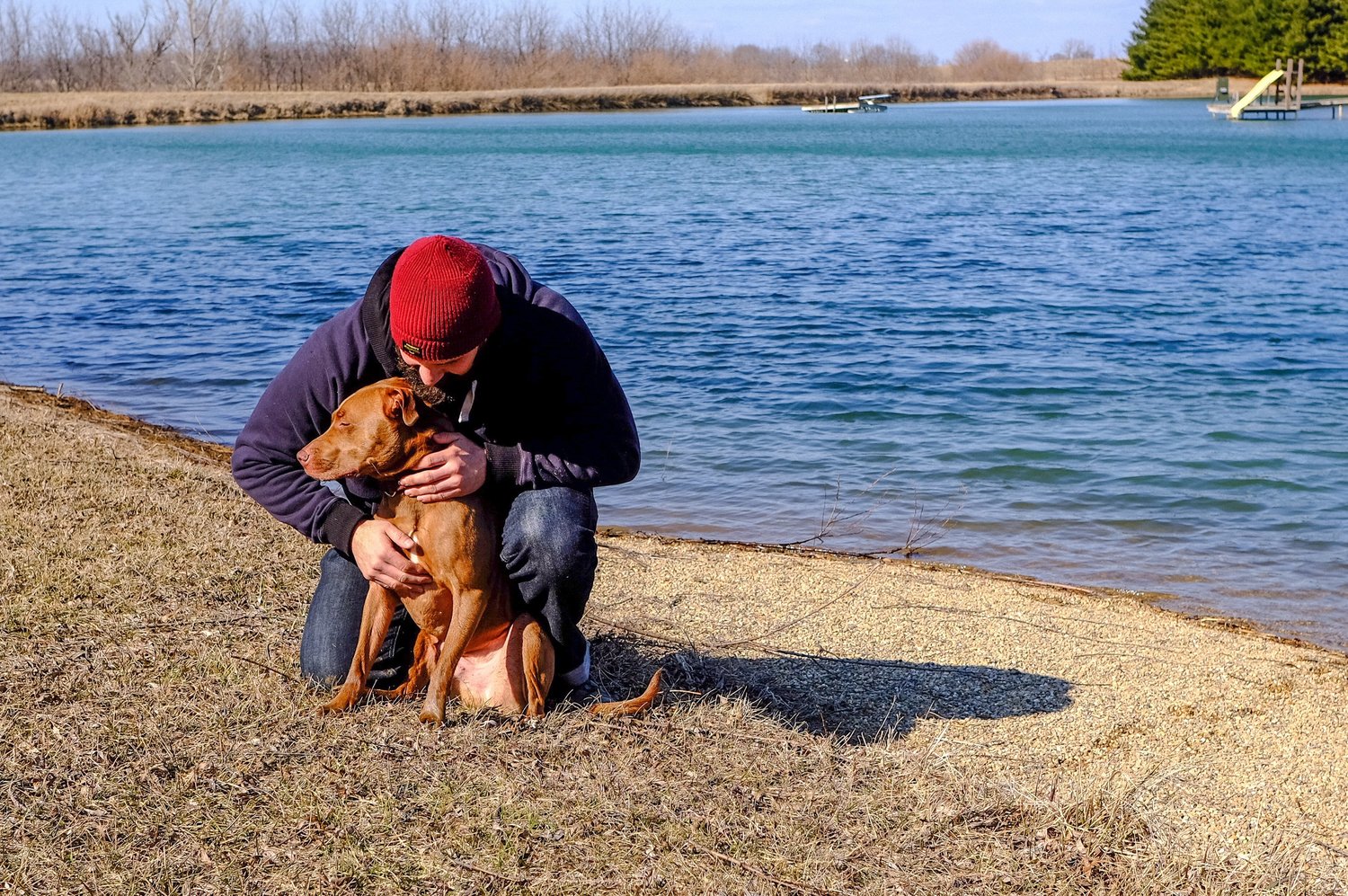 There is still hope.

“Being such wonderfully uncomplicated beings, they need us to do their worrying.” I came across this quote some time ago, written by George Bird Evans, a breeder and gunner from Union Town, Pennsylvania. I immediately typed it out into the “notes” app on my phone because it hit me with such a ferocity that I read it a thousand times. “Is he nuts? These dogs are incredibly complicated!” I mused over the cup of coffee. We’ll get back to that.

I recently took a road trip to Illinois to visit my good friend, Forrest Micke. For those unfamiliar, Forrest is a fantastic trainer, decoy, and human being. I’ve known him for a number of years, meeting through my mentor Josh, and having taken Forrest’s online courses through Leerburg, we became friends. The biggest compliment I ever received was from Forrest; he referred to me as a “very thoughtful trainer.” I really appreciated that when he said it, however I never told him, upon reading this: Thank you, Forrest, it means a lot. Anyway, I brought my heart and soul, Roland, with me to the seminar as I had purchased a working spot. The seminar was part three of an obedience seminar, while I’d like to think Roland’s obedience is pretty sharp, I figured I would work on his heeling. Those of you unfamiliar with me as a person; I’m very…particular. With myself, my dog, and my things. I like precision. I also try to act nonchalant when doing any obedience in front of people so they dont judge me too hard…after all I am the professional, so my dog is perfect. Right?

A little backstory on Roland. He was adopted five years ago from the city shelter. He was at the time, a ten month old pit bull with zero manners, zero inhibition, and zero impulse control. He did whatever he wanted whenever he wanted. He was incredibly leash reactive, couldn’t be within thirty yards of another dog without barking and lunging. He was loud and boisterous, a terror to walk…and did I mention, my first dog. At the time of his adoption I was working at a health care agency processing claims. My dog training knowledge was zero. I was in a bind. I cried. Thinking I would have to give up this creature who stole my heart with such reckless ease. A quick google search led me to a local trainer. I enrolled in the three private lesson and three months of group class program. I had to try. This little mare of a dog with a crooked eye was so in love with me, and I him, that I owed it to him to try anything and everything I could to make it work.

I attended the “reactive class” religiously for three months. Roland and I working our best together to keep it under control every moment of that one hour class. Every minute felt like a millennia to me. He was barely keeping it together, and I was doing everything I could to not cry after every class. After my three month membership expired I signed up for another three. After only a few classes, we were being called up to the big leagues. I was instructed to show up next week for regular group class. I was overjoyed with the news…I looked at Roland and I said out loud “I love you, dude. We did it!” I’m not really sure what it was…but I was happy. Roland was Roland. Roland is always on. Always jacked. Always happy. Next week comes, and here we go. Walk in the door and EXPLOSION. Roland is out of control. Barking, screaming, lunging, throwing himself at the end of the leash. I failed. We didnt even make it into the room. The next week Roland and I were able to make it into the room, but we spent the entire hour walking back and forth into and out of the corner. I failed yet again.

Finally, something clicked. I don’t exactly remember what happened, but as I was worrying myself into and early grave waiting to be let into the room for class, another dog blew up at Roland. Roland looked at me, and sat there….he let out a bit of a whine…but he sat there and just stared at me. We left. We went into the car. I cried and hugged him. I was over the moon with happiness. Fast forward four years and Im walking Roland into a strange building eight hundred miles from our home, with twenty strangers and twelve strange dogs, half of which are barking and crying…my nightmare. I worried the whole seven feet walking from my car to the door. Im going to let one of my best friends down, Josh, who was integral in the success Roland and I have had dealing with Roland’s reactivity was in attendance, Forrest of course was present, and the only thing I could think of was making sure my dog didn’t act a fool in front of everyone.

Roland and I worked together multiple times both days. Roland had absolutely zero issues in that room full of barking dogs. Roland was masking his stress like I’ve never seen any dog do before. He performed every task I put forth with heart and soul. He gave me everything he had to offer during those training sessions. We were one, working together, there was magic. The ebb and flow was a sight to behold. Never could I have asked more out of that dog than I did during those sessions. Never have I felt closer to anything emotionally than I did in that moment. Everything about us at that moment was uncomplicated. Everything we went through leading up to it was very complicated. That golden moment, the realization that all of those fears and insecurities that both Roland and I had were pushed aside and we were able to  achieve this state of catharsis…it makes me smile. What else can we do but smile at our love?

I put so much pressure on myself, on Roland, to achieve this messianic moment where he’s “normal” around other dogs. However, a messiah who actually arrives is no good to anybody, a hope fulfilled is already half a disappointment. I took Roland for a walk today. He acted upon his insecurities and barked at another dog while he pranced along side of me, never interrupting our stride. I looked down at him, he looked up and me…I smiled. There’s still hope.

The Art of Blog No Comments